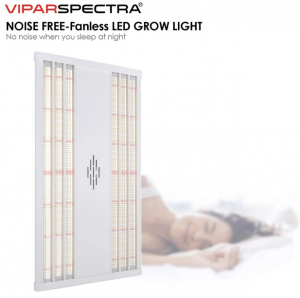 The previous Viparspectra grow lights were a bit weak for growing cannabis unless you bought the more expensive models. The Viparspectra Pro Series feature stronger light than the previous models, which makes these a much more attractive option for cannabis growers looking for a familiar brand to grow with.

Let’s take a look at the specs on the new Viparspectra VP1000 and VP2000 grow lights:

Which Phases of Cannabis Growth are the Viparspectra VP Series Grow Lights Good For?

In my opinion the VP1000 is not strong enough to flower cannabis. Sure you can probably pull it off but it might be similar to driving a car with flat tires. Based on the intensity of light emitted by each of these VP Series models, I’d only use the VP2000 for flowering. You can use the VP1000 for seedlings and veg.

The intensity on the VP1000 and VP2000 could definitely be stronger, but considering the cost of the Viparspectra VP Series grow lights, I’d say they fall in line performance-wise. I always say you get what you pay for, so make sure you know what you’re paying for! Stick to the VP2000 if you need a full cycle grow light.

If you want a grow light with stronger intensity for flowering, consider my up to date list of the best LED grow lights for cannabis. It’ll likely cost you more than the VP series will though.

The Viparspectra Pro Series includes two models – the VP1000 and VP2000. They look the same, but the VP2000 variant is slightly longer than the VP1000.

All models include an aluminum heat sink on the rear side. These grow lights pull between 100 and 200 watts of electricity depending which size you choose. For that level of power I wouldn’t worry about heat generation, but the aluminum heat sink is there just in case.

These grow lights use no-name SMD LEDs, if you’re looking for brand name parts you may want to consider the slightly more expensive Spider Farmer.

It’s probably not much different than 4000K or 5000K. It’s just a different way of doing it. The one thing that disappoints me is the lack of infrared LEDs.

I haven’t seen any of the modern quantum style grow lights include ultraviolet like many of the purple spectrum and COB LED grow lights have. But a lot of them still include infrared which is beneficial to cannabis. So it’s disappointing to not see infrared included on the Viparspectra VP Series. 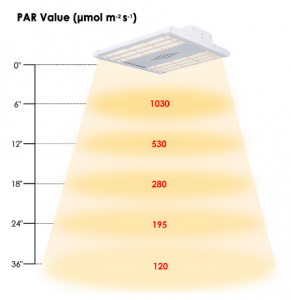 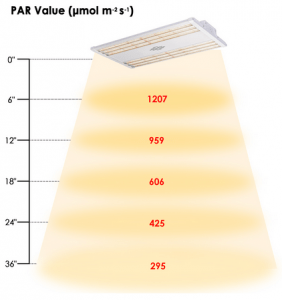 Looking at the Viparspectra VP1000 intensity map above, you can see at 16 inches above your plants the peak intensity is 460 micromoles, which is perfect for the vegetative phase. Most other grow lights would hang at 18 inches, so the VP1000 allows an extra couple inches of space for your plants to grow.

I don’t recommend flowering with the VP1000, but if you decide to try it you’d need to hang the light 6-12 inches above your plants to get a high enough intensity that plants crave during flowering – between 460 and 925 micromoles of light.

How Do Viparspectra Pro Series Compare To Similar Grow Lights?

The Mars Hydro TS-1000 emits stronger light and includes infrared in the spectrum. At a similar price to the Viparspectra VP1000, I’d probably take the Mars Hydro TS-1000. The TS-1000 will be a bit more frustrating to dim, but I would say that’s the only downside.

You can also compare these grow lights to the Viparspectra Pro Series grow lights which are a bit better and almost the same price. 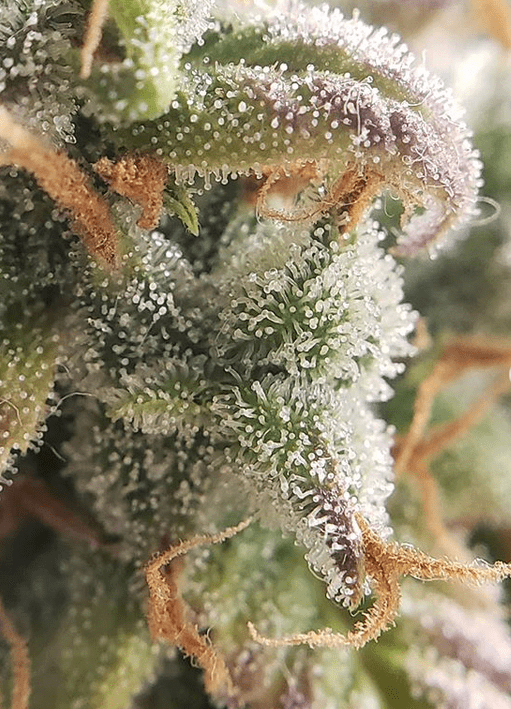 In addition to my own solid results, I can’t tell you how many other growers I’ve heard rant and rave about the buds Viparspectra produces. Much more than simply saying that these are good lights. People who grow with Viparspectra grow lights quickly become loyal fans.

While lights aren’t the only factor that affect yields, Viparpsectra is definitely a great piece of the high yield puzzle when used correctly along with maintaining other environmental factors. I love the way these grow lights perform!

Overall, the newly designed Viparspectra VP Series are not bad. But they leave a bit to be desired. My main disappointment is that they didn’t include the important infrared LEDs. The light on the VP1000 could also be a bit more intense.

With that said, if you choose one of these grow lights you’ll definitely be able to grow your cannabis without issue. Please consider supporting a small business by purchasing here.

What height do I hang the Viparspectra VP Series Grow Lights?

Do the Viparspectra VP1000 and VP2000 grow lights include infrared?

What size grow space will the Viparspectra VP Series VP1000 and VP2000 light?

What’s the difference between the Viparspectra VP and Pro Series Grow Lights?

The Best Grow Lights for a 3×3 Grow Tent – Pictures, Specs, and More