Some people require the best of the best. It’s a valuable characteristic in the indoor growing industry, because with grow lights you get what you pay for. If you’ve got the cash to ensure you get the maximum yield from your plants, the difference between a cheap LED grow light and the highest yielding LED grow lights can be huge.

At the top of the LED grow light market sits the Scynce LED Raging Kush and the NextLight Mega LED grow light, among few others. I’ve decided to compare these two grow lights mostly because they share a similar price range and coverage area. Ultimately I found that one is good and one is incredible.

Keep reading to find out which one of these two LED grow lights is the most impressive on the whole grow light market. You can have zero doubts beyond this point because I did the work for you. I read through the spectrum science, I did the analysis, and crunched the numbers.

Can Quantum Board Grow Lights Be Outperformed? 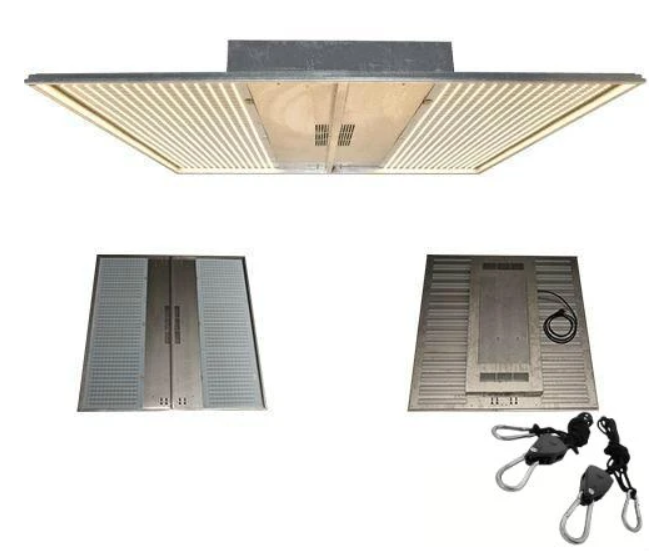 There’s a lot of hype surrounding quantum boards because of the simplistic bare bones design that provides benefits over regular grow lights. Quantum board designs allow heat to dissipate efficiently without the use of cooling fans. That makes the design a lot less bulky and helps on power efficiency.

So the hype is warranted to a degree, but it would be wrong to think other types of LED grow lights can’t compete with quantum boards. You’ll see evidence of that in this comparison.

Quantum boards are quite efficient considering the intensity per joule of energy used. The NextLight emits 2.15 uMol/j of electric used. In general anything above 2.0 uMol/j is considered pretty efficient, and that’s what you get on these quantum boards.

The Scynce Raging Kush has three rows of LEDs, and each LED has its own 120 degree lens that spreads the light evenly across the canopy. The 120 degree lenses intensify the light but prevent leaf burning by spreading the light out over a wider area.

It has traditional LED grow light features like cooling fans and heat sinks, but it also has a more rare feature – a fully customizable spectrum.

Who Wins On Spectrum?

If you’re purchasing a top shelf grow light, you want to make sure the spectrum is as close to perfect as possible. Believe it or not, there are $500 grow lights out there that emit sub-par spectrum.

Both these lights emit a white spectrum, which is arguably the best spectrum you can get right now. A white spectrum is the typical Red + Blue, but also includes some green, yellow and orange.

A study at Chiba University measured the effects of supplemental lighting with white LEDs on tomato yield.

The study found that tomato yields increased 12 to 16% when white LED lights were included with a mix of red and blue lights to grow tomatoes.¹

Even though the red and blue lights contributed to the result, the study’s authors concluded “The results were probably due to the white LEDs that contained more than 50% of green light characterized by high penetration into the canopy.”

With all of that said, I believe the Scynce LED Raging Kush emits the better spectrum of the two. Not only is the Scynce spectrum fully customizable via a mobile phone app, but the NextLight Mega spectrum appears to be low on red wavelengths, which could potentially hurt you in the flowering phase: If I was spending top dollar on a grow light like the NextLight Mega, I would really like to see a bit more red in that spectrum.

Take a look at the Scynce Raging Kush spectrum below: This is a beautiful full spectrum coming from Scynce and exactly what I’d want to see from a grow light of this caliber. You can set it for strong blue during the vegetative phase, and full spectrum during flowering.

Spectrum is great but you also need the light to be intense enough at your plant’s leaf surface, since light fades the further it gets from the source. You also want a solid coverage area.

On both these factors the NextLight Mega has left me slightly disappointed compared to the Scynce LED Raging Kush.

I’ll be honest I think the Raging Kush is one of the best, if not the best grow light I’ve seen after reviewing these stats.

Here’s the NextLight Mega’s PPFD and Coverage in a 4x4 grow tent:

At the normal hang height of 18″, you’re getting pretty decent intensity (PPFD) measurements 2ft from center in each direction. The NextLight succeeds in maintaining a good usable intensity at the edges. What disappoints me is it could still be more intense considering the price you’re paying and the 650 watts being consumed.

I think my eyes almost popped out of my head when I saw this chart for the first time. That’s a 4ft x 4ft coverage area and the Scynce Raging Kush is emitting incredible intensity all the way out to the edges. Compare this with the near perfect spectrum and I honestly think this may be the best LED grow light on the market.

Here’s the Raging Kush’s lower setting for the vegetative phase: 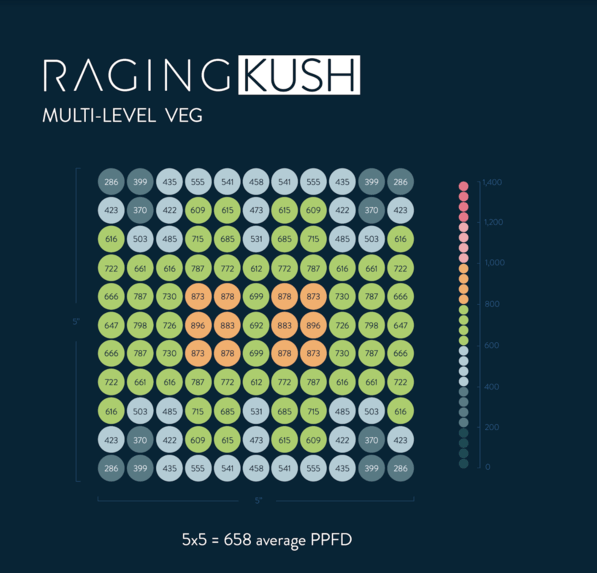 During the vegetative growth phase your plants need less intense light, so you’ll get a 5ft x 5ft coverage area with the Scynce LED Raging Kush.

I took time to research what growers are saying about each light.

NextLight Mega owners are very happy with the light:

“I increased my production and decreased my heat issues all while saving a bunch of money on power. I was seriously impressed with how cool they stay, I can not imagine i’ll ever switch back to HPS. Super Happy with Nextlight, I hope to grab some more very soon!”

“Plants are responding very well with thick stems and compact nodes. Could not be more pleased.”

“These lights are incredible. Spectrum and time control with the theia app. 5 stars, I’ll be buying more!”

I found some pictures on Instagram from people using each light. The NextLight Mega and the Scynce Raging Kush are both growing nice plants. Take a look at the photos to get a rough idea – just remember it’s possible these users used nutrients and other techniques, so light wasn’t the only factor. So these results aren’t necessarily guaranteed if your grow environment is different. 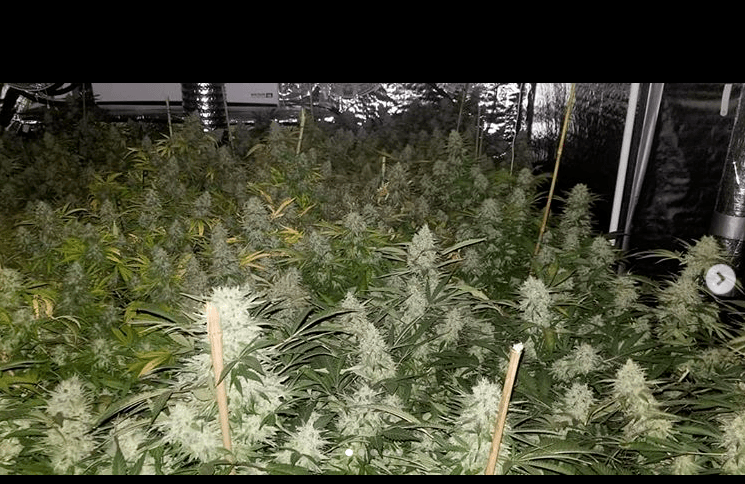 The most important features of these lights have been covered, so I won’t write a novel explaining the less important ones. Here’s a quick table to compare the rest:

The best place to buy these lights is LED Grow Lights Depot. Their prices are actually lower than Amazon, so I’m not just hawking this site – you won’t find these lights cheaper elsewhere. They’re also running a promo right now for both grow lights:

Not sold on these grow lights? Check out other high quality grow lights you won’t find on Amazon. Or check out my list of this year’s Best LED grow lights. Don’t forget to pick the right size grow tent along the way!

Is the NextLight Mega a good grow light?

The NextLight Mega is a good grow light, but can be outperformed by less expensive LED grow lights

Do the Scynce or NextLight grow lights get hot?

All grow lights emit some heat. The Scynce has cooling fans while the NextLight quantum board design does not include cooling fans. Depending on your environment you may need to use a space fan.

How much power does the Scynce Raging Kush consume?

How much power does the NextLight Mega consume?